Montreal, Canada – Hornhub, a pioneering content creator project built on the principles of Decentralized finance, is all set to launch the official beta version of its platform. The project is making a name for itself in the DeFi world space as one that consistently under-promises, but over-delivers. 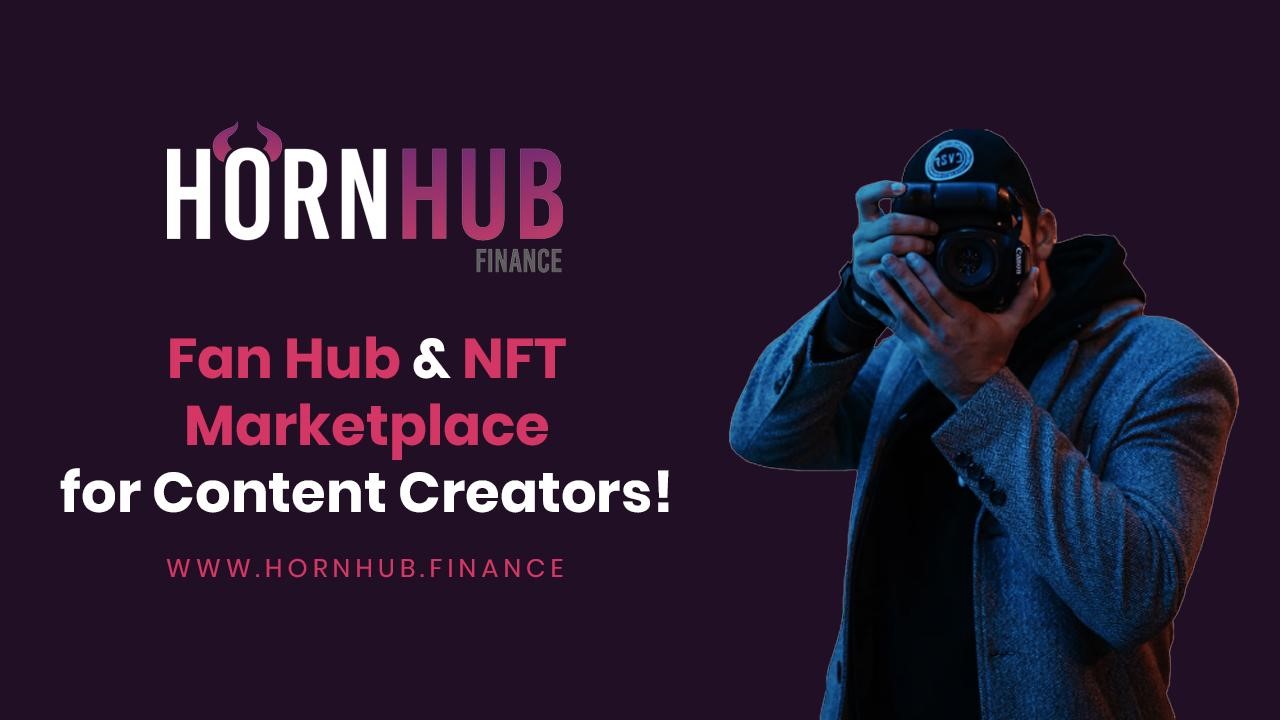 A content creation, fan subscription service, Hornhub has gone from strength to strength since its token launch one month ago thanks to a previous six months of meticulous planning, as well as a dedicated and growing team of laser-focused individuals who are masters of their respective fields. The talent pool includes a published author handling all content creation, top-of-their game graphic designers and web developers, tech and data experts, a professional and lauded group of moderators, and a designer who previously created the OPSkins website for Valve’s immensely popular video game, Counter-Strike.

But what exactly is Hornhub?

For the uninitiated, Hornhub is a project that bridges the gap between content creation and cryptocurrency and aims to become the most revolutionary fan-subscription in the world. Using an intuitive, social-media-styled platform native to the Binance Smart Chain, the project will utilise its upcoming subscription-based website to allow content creators (known as ‘Talents’) to autonomously build and run their own hub, connect directly with their fans, as well as securely and instantly earn for their original content.

The project incorporates several utilities that link together to form the foundation of the company. Firstly, there is the subscription-based platform, which – due to Fiat on-ramping requires zero knowledge of DeFi for customers to use. At the back end the site is directly connected to the second utility – the $HHUB cryptocurrency token. Fans can use simple credit or debit card payments, which then purchase the token behind the scenes before distributing it to be used as a credit on the site. A taxation fee is charged on all transactions, which is then used to aid liquidity, fund marketing, enable charity donations, and grow the project. The third linked utility is the upcoming HornHub Marketplace, where NFTs can be bought, sold and traded by fans, all while earning royalties in perpetuity for the performers who minted them with the simple click of a button.

The project has achieved great success since its launch, achieving an all-time high of $32 million USD and over 2400 long-term holders within six weeks. It also managed to hit the top 3 on the lauded DEXTools as well as get placed on sought-after coin listing sites, CoinMarketCap and Coin Gecko. However, everything the team has been working on tirelessly so far has been leading up to the crucial next stage beginning in December, and in preparation, HornHub has pulled out all of the stops. So, what is happening?

The project is about to launch its beta testing platform and is spending two-hundred-thousand dollars on marketing to support it.

The vast amount will be split into two separate, intense marketing campaigns, the first of which will aid the promotion of the aforementioned and long-awaited platform beta launch. Several talents are prepped and ready to try out the platform, and a rigorous selection process will take place to choose valuable members of the HornHub community to test out the counterpart fan side. Along the way, invaluable data will be made available to investors so they can see how the beta version is progressing and a list of any bugs or issues will be compiled to ensure that all (if any) are fixed immediately by the team.

The first $100,000 dollars will form the spearhead that drives the dynamic marketing to get the word out about Hornhub to the crypto space and beyond so that fresh eyes can discover the exciting project. This will include mass social media promotions and influencer collaborations, press releases in major crypto news outlets, out-of-home advertising, and key internet marketing on high volume sites, as well as several other avenues. The telegram community has already geared itself up ready for the influx of new investors by bringing on more moderators – all of whom were previously dedicated community members since day one, so have a vast combined knowledge of the project.

The second $100,000 dollars will push beyond the beta testing in time for the final launch of the platform, which is due to follow very shortly afterwards! The event will be huge, being a culmination of everything that the team has been working around the clock to achieve and will have the large marketing push to support it, along with plenty of surprises that the project heads are keeping under wraps until the platform goes live.

Although the release of the beta and then the final version of the platform are both major milestones, they are still also just simple steps in part of a vast roadmap meticulously planned and so far, adhered to by the team. Hornhub has lofty ambitions, as well as the talent pool and resources to achieve them. Indeed, if the team continue on their current trajectory and the beta test is a success – which all signs point to it being – there is simply no reason that Hornhub can’t achieve its aim of becoming the largest and most popular content creation platform in the world, driven through the power of cryptocurrency.