Recently, Kandao Tech has announced a new round of funding of tens of millions of RMB, with the investors in this round being Chuangdong and Shenzhen SME. 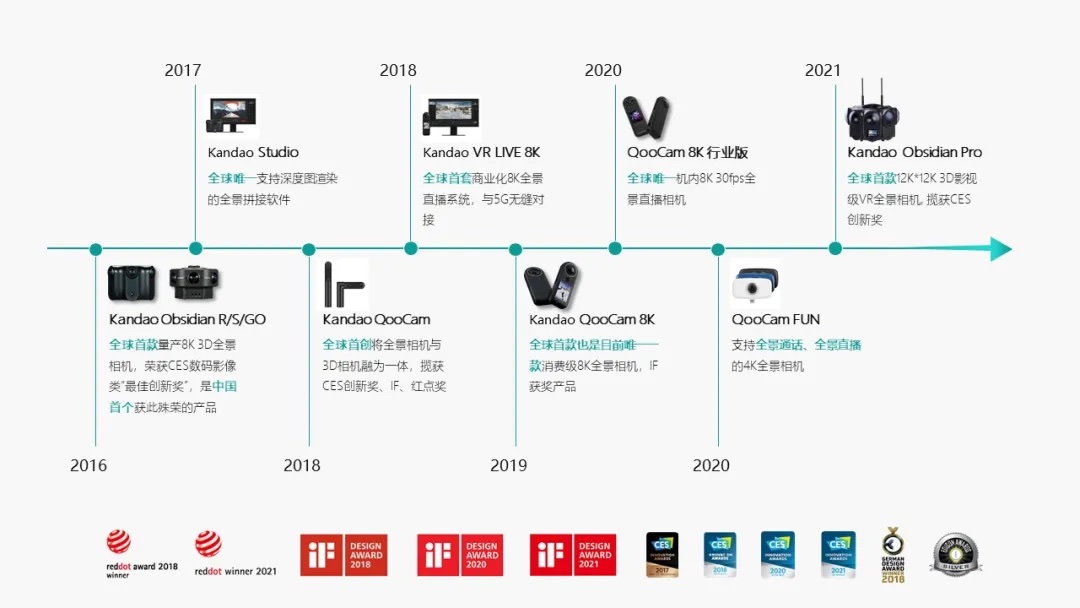 The Kandao Obsidian Pro, a 12K 3D video camera released in April this year, supports 12K X 12K 3D panoramic video, which is the highest specification and most powerful VR camera in the industry.

Earlier, Kandao Tech also became a partner of Huawei Hongmeng and launched Kandao Meeting Pro Hongmeng Edition, which is equipped with the Hongmeng system and combines 360° camera, omni-directional microphone and high-fidelity speaker into one machine, which can start video conferencing.

Dan Chen, CEO of Kandao Tech, said, “Kandao Tech firmly believes in the market space of video technology and products in VR/AR scenarios in the 5G era. The future will be the era of the real Internet, with further integration between online and offline, and closer integration between the virtual world and the real world, of which video must be one of the most important links. In the future, whether we are watching videos or holding teleconferences, the form of image presentation will definitely not be just the current flat images, and we hope to participate in and lead the new wave of image transformation through our focus and efforts in image acquisition and processing.”

With the completion of this round of financing, Kandao Tech will further increase its investment in technology research and development to further strengthen its technological and product leadership, as well as strengthen its branding and marketing efforts to create a more complete VR ultra HD and video collaboration ecology, build a global brand and promote industrial development.