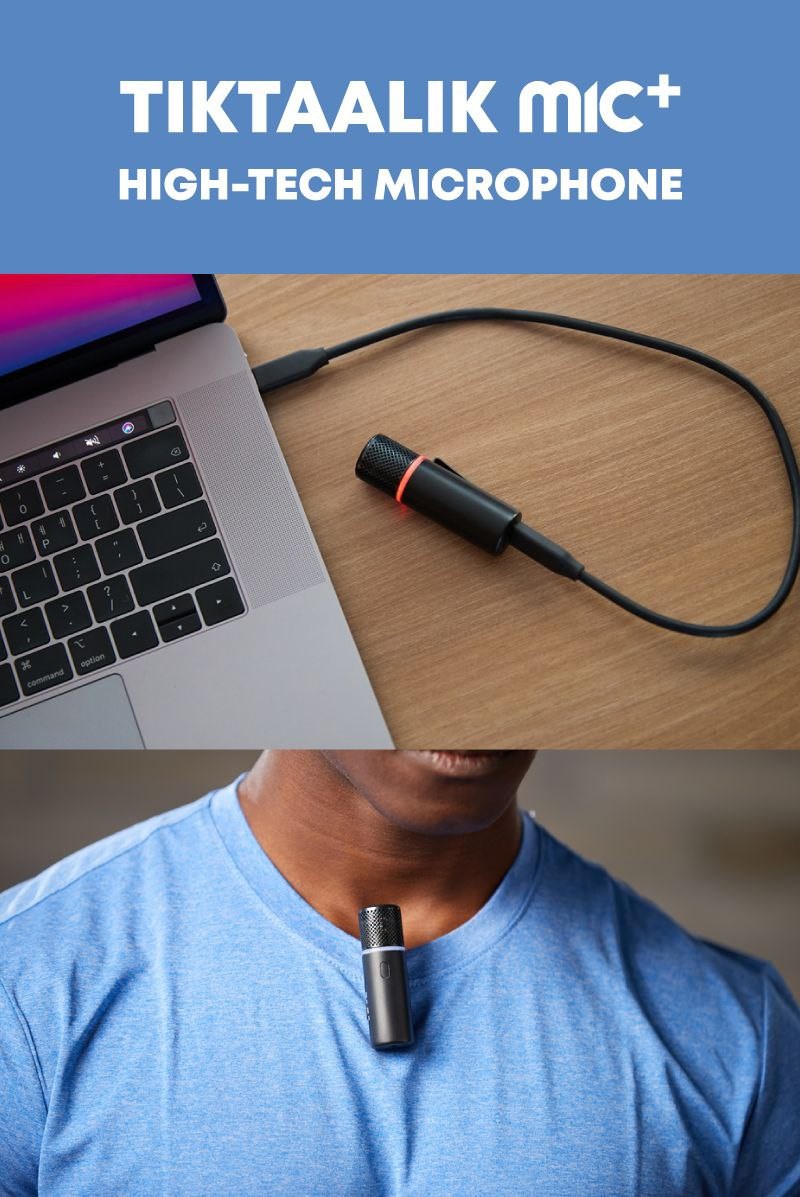 According to information from within the industry on the 14th, CT5 INC. started raising funds for the wireless Bluetooth microphone TIKTAALIK Mic+’ on Kickstarter on the 4th April.

Users can also clearly record the sound of a low or high voices, and clear voices and sounds can be produced by installing a noise reduction function.

In particular, ‘Mic+’ has been trimmed to a convenient size (length 7cm, weight 18g) that is well suited for being placed on a desk while maintaining the luxurious design and various functions of existing premium wireless microphones.

The outstanding response time to various connection methods allows for it to be connected to any product with Bluetooth 5.0 technology, from smartphones to laptops and game consoles, through Bluetooth 5.0 pairing.

Users can receive support for various functions, such as 4K shooting, video quality settings, and filter application through the dedicated Mic+ app available in the Google Play Store or App Store.

‘Mic+’ can also be used as a loudspeaker or as a wireless microphone for small meetings, conferences, tours, lectures, busking, and events by connecting to a Bluetooth speaker.

In addition, the fully charged built-in lithium battery provides up to 10 hours of battery life, and the USB-C port can be used to power or charge the product with a portable USB battery charger.

“The new ‘Mic+’ is being funded on a global crowdfunding site,” said Kang Ji-won, CEO of CT5 INC, stating, “we hope Mic+ will provide an opportunity to introduce our brand to more global consumers.”