SEOUL, KOREA, August 24, 2022 – (SEAPRWire) – DK Mobile: The Origin released on the 4th is so intense. The game, which has declared its intention to enter into a fierce competition while making it clear that users don’t have to pay anything at all, and that ‘Seasonal MMORPG’ begins, has been ranked top on the Popular Chart of the Google Play Store for more than two weeks as soon as it was released. The game, developed by Ntrance Corp, a company specialized in mobile games, is the industry’s first MMORPG with seasonal game elements based on ‘DK Mobile: The Return of Heros’ released in 2021. 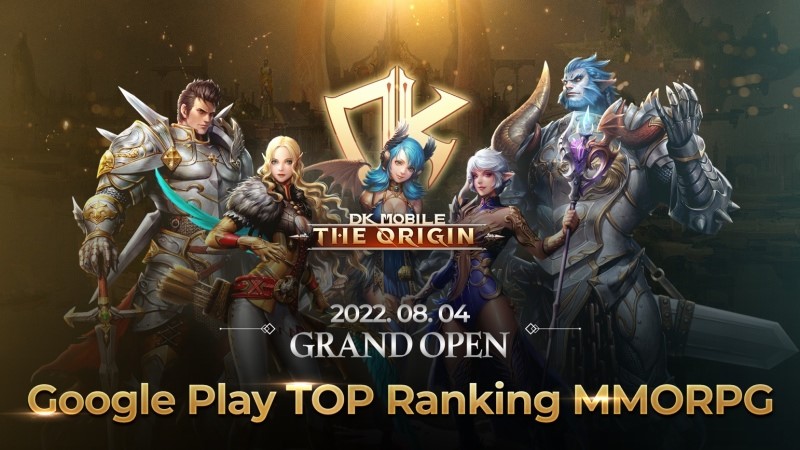 Its characteristic is that it allows all users to start the season fairly in competitive factors, such as PVP, etc., according to the seasonal system operation method, so that it enables them to focus on enjoying the content as it is during the season, regardless of whether they are existing or new ones, and there are no paid products and payment systems in the game.

The plans of Ntrance Corp, the developer of DK Mobile: The Origin, don’t end there. It aims to completely change the flow of the P2E market by driving the momentum of the successful DK Mobile that has accumulated the experience of more than 1 million global users. It has been reported that DK Mobile recently confirmed the on-chain of ‘ITSBLOC’, a Web3.0 game service platform, and that the development of the WEB3.0 version only for P2E has entered its final stretch.

The developer Ntrance Corp explained that they have designed various elements for the completion of a true P2E in which users can be rewarded just by enjoying their game play, beyond the limitations of the initial P2E that focused on ‘Earn’.

ITSBLOC, where the WEB3.0 version is on-chain, is a self-developed platform based on Polygon. By 2023, various genres of third-party games, including MMORPG, FPS, and hyper casual games, are scheduled to be on-chain, providing a variety of WEB3.0 open game services.

ITSBLOC mentioned that ‘DK Mobile: The Origin’, which was successfully launched this time, was newly developed targeting the WEB3.0 version from WEB2.0. and explained that the release of another WEB3.0-only seasonal MMORPG masterpiece with better graphics and a lot of content based on data from ‘DK Mobile: The Origin’ is also in the final stage. This MMORPG dedicated to WEB3.0 will be the on-chain game on ITSBLOC’s WEB 3.0 game platform this December.

An official of ITSBLOC said, “The successful launch of DK Mobile: The Origin is very meaningful because it does not require its users to pay at all, and the seasonal MMORPG service is provided for the first time in the same industry, and, in particular, it would serve as important momentum to preview the seasonal system, one of the features of the WEB 3.0 version.

Noting that Korean MMORPGs are performing well in Southeast Asia, DK Mobile: The Origin, which ranked top in the android market, expected that it could increase the likelihood of success in Southeast Asia, a key P2E hub. ITSBLOC said that “We will do everything possible for the on-chain MMORPG dedicated to WEB3.0, which is scheduled to be released in December 2022”.