New York, NY / December 01, 2021 / Nitro Network makes a strategic move in its partnership with Avalanche, ranked among the top 15 platforms for creating custom blockchain networks and decentralized applications. Nitro Network leverages Avalanche’s greater scalability than Ethereum of 4500 transactions per second (TPS). This partnership comes at a crucial time in the company’s growth story as it is all set to roll out its community-led incentives with NCash (its proprietary token) to build the largest private communication networks. 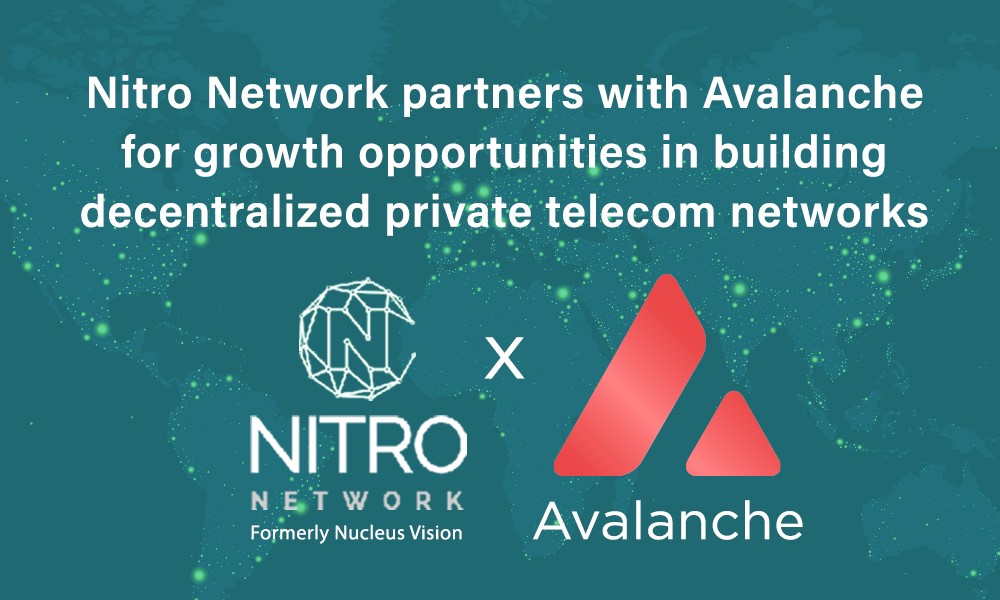 ETH’s limitations inspired Nitro Network to choose Avalanche, helping the company to reimagine the world of financial markets and making it function as one unified network.

There’s more. AVAX will support Nitro Network with marketing assistance to its community. In more ways than one, the Avalanche consensus brings the speed to make the functioning of such a network smooth. While ETH has reached its peak with dapps, AVAX adoption is increasing tremendously, with hundreds of projects within just a year of its existence.

Here’s why Nitro Network made the switch from ETH to AVAX:

And now, why Avalanche is the way forward for Nitro Network:

Avalanche, designed primarily for financial markets, is among the top-15 projects with exceptional scalability and security. The rules are customized, specifying how to handle and trade the assets in order to comply with the regulators. It offers the best of both worlds – the levity and functionality of the older currencies, without the negatives, and the security and scalability of the recent ones. It goes beyond ETH in that it provides a TPS north of 4,500, a finality lower than two seconds, and minimal fees.

High scalability, smoother and faster transactions augur well for Nitro Network’s aggressive incentive plans as it builds the community’s trust and support in its larger agenda of creating the decentralized private telecom networks of the future.

At Nitro Network, we are building a world of private communication networks powered by IoT together with LoRaWAN/3G/4G and 5G. This hyperconnected world is the IoT alternative to cellular networks unlocking a $3 trillion market opportunity. We believe our decentralized private telecom networks is a gamechanger built on a blockchain with our proprietary token NCash at the core that drives utility and value from unlimited use cases. We are creating an inclusive ecosystem incentivizing users to own, operate and earn from the private networks of the future.