Bengaluru, India – Pixis (formerly known as Pyxis One), a leading provider of contextual codeless AI infrastructure for complete marketing optimization, today appointed Neel Pandya as the Chief Executive Officer of its operations in Europe, in addition to his responsibilities of leading the APAC business. 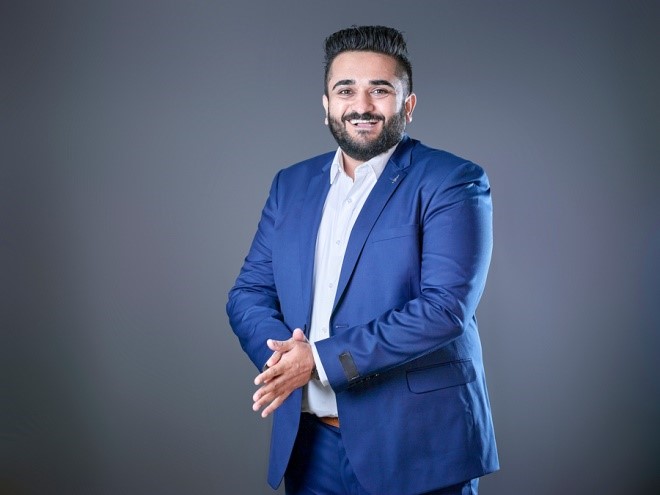 Neel Pandya joined Pixis as the CEO of APAC in its Bengaluru office after exiting L’Oréal.

Neel joined Pixis in its Bengaluru office in July 2021 as the CEO of APAC, bringing immense change and progress to the way Pixis operates, and greatly streamlining expansions in the APAC region. Under his leadership, Pixis witnessed a 185% growth in revenue in the APAC region, with India independently recording a 150% of growth. Over the last 7 months, in addition to greatly stabilizing customer churn Neel has also been instrumental in adding close to 30 new enterprise customers. He also continues to play a crucial role in building a global team of collaborators in Pixis. The company which recently closed $100M in Series C funding has almost tripled in size and plans to continue rapidly hiring talent, in India and outside, as it expands into Europe.

Speaking about the new appointment, co-founder & Global CEO, Shubham A. Mishra says, “Neel has been doing a remarkable job navigating and growing the business in APAC and it gives me immense pleasure to announce Neel’s appointment as CEO of our Europe business, as well. In addition to the new volley of customers we’re signing up, we’re also seeing record retention rates with our existing customers.” Mishra continued, “Over the last few months, we’ve been noticing steadily increasing traction in Europe, and I believe we have the right person in Neel to lead our Europe business.”

As CEO of Pixis’ Europe business, Neel’s key responsibilities will include leveraging existing traction in the region to profoundly grow the business and brand. Weighing in on his appointment, Venkatesh Peddi, Partner at Chiratae Ventures added, “Neel’s success in the APAC region is testament to his belief in the Pixis vision, as well as his charisma as a leader. His prior experience with the European markets will serve him excellently in executing and staying on top of the expansion roadmap.”

Neel is a seasoned leader who possesses impressive global experience and a deep understanding of consumers in APAC and Europe. Prior to Pixis, Neel exemplified vast professional capabilities at L’Oréal, Vodafone and GroupM. Additionally, he was named one among India’s Top 40 under 40 Most Disruptive Minds, two years consecutively, and has also served as the youngest media head of all times at L’Oreal and Vodafone.

Neel Pandya, speaking about his new role, said, “The past 7 months at Pixis have seen my learning curve grow steeply, and I’m beyond honoured at being given the responsibility to grow the Europe business now. The continent is currently undergoing an interesting and exciting phase in marketing. In fact, digital advertising spends alone have amounted to over 69.4 billion Euros, making it the second biggest market after the US. I’m thoroughly looking forward to building strong teams that can support us in growing our European operations.”

Pixis’ recent Series C round of $100M was led by SoftBank Vision Fund 2 with participation from new investor General Atlantic. Existing investors Premji Invest, Celesta Capital and Chiratae Ventures also participated in the round. With a total of $124M raised so far, the company is all set to accelerate growth and expansions across Europe.

Pixis is a California-based technology company that provides codeless AI infrastructure to enable customers to scale accurate data-driven marketing. The company’s codeless AI infrastructure currently comprises over four-dozen proprietary AI models that are deployed across an ecosystem of products and plugins. Pixis is on a mission to provide marketers with robust plug-and-play AI products without them having to write a single line of code.